Your go-to source for indoor grow guides and equipment reviews

You are here: Home / Lights / Mars Hydro Reviews: The Best Combination Of Cost & Performance In The Industry (Including Their New TS & SP Grow Lights)

But those benefits only exist with quality LED grow lights.

That stuff you usually see on Amazon?

But not Mars Hydro.

The following Mars Hydro reviews give you our honest thoughts about this affordable grow light manufacturer.

Does Mars Hydro make the best LED grow lights on the market? No, but that isn’t their goal. Their niche in the marketplace is that middle area between quality, cost, and performance, and they hit it squarely.

Case in point: Recently, we took a look at the best 1000W LED grow lights. Black Dog LED took home the top spot with its PhytoMax-2, a true 1050W system with 2000W of theoretical output.

But KingLED and Mars Hydro easily ranked second and third, respectively, ahead of other brands you’ll find on marketplaces like Amazon and LED Grow Lights Depot such as BESTVA, VIPARSPECTA, and MAXSISUN.

(What’s with all the companies going all caps with the brand names?)

If you’re a commercial farmer that puts production above all else, stick to brands like Black Dog LED, HLG, ChiLed, Spectrum King, and others with price tags over $1,000.

If you’re a home grower, hobbyist, or just dipping your toes in the world of grow tech, then Mars Hydro is for you.

Who is Mars Hydro?

Mars Hydro is a factory-direct manufacturer of grow lights and grow tents that’s been in business since 2011 and has generated a reputation for second-tier quality that gets the job done without the high costs of industry leaders like Black Dog LED.

Their products are made in China and their website and customer support emails clearly are written by non-native English speakers, but they’re active in the growing community, can be found contributing frequently on some of the largest forums like THC Farmer, and they genuinely care about customer satisfaction.

They have repair centers and distribution warehouses in the United States, Canada, Australia, United Kingdom, and Germany, so there’s probably a Mars Hydro facility near you.

What are the differences between them? We looked at comparable lights in each series (whenever possible) to paint a high-level picture.

But as anyone who knows grow lights will tell you, PAR stats only give you a piece of the picture.

The relative power of each wavelength in the PAR spectrum is hugely important:

We’ll compare and contrast these wavelengths in their respective sections below.

Overview: The TS Series uses the newest LED technology on any Mars Hydro grow light–5W SMD LEDs that emit a ton of light across the entire spectrum with especially high amounts of blue light. Both the TS and the SP below produce far more green light than the five other types of Mars Hydro grow lights.

Mars Hydro’s quantum board design with aluminum reflective panels concentrates light downwards with less heat than other LEDs, and the fanless design is virtually silent.

Overview: Like the TS Series above, the SP Series uses 5W SMD LED technology and a fanless design with full spectrum photon emission, including a heavier dose of green light than other Mars Hydro grow lights. The biggest difference between the TS and SP series is the larger heat sink on SP models, which helps them put off less heat.

Both have a long, rectangular shape and are better strung in series via daisy chain for large grow rooms.

Overview: The Reflector Series only is available in the United Kingdom, EU, and Australia and features the new 5W SMD LEDs also seen on both the TS and SP series. These LEDs emit light almost exclusively in the blue and red wavelengths, which is easily visible by looking at the “blurple” color of grow lights like the Reflector 144 below.

Unlike the TS and SP series, Reflector models have a fan for heat reduction, though the fan is very low noise.

There are four models of Reflector grow light:

With 873 μmol/m²/s at 18″ and a 2′ x 4′ growing area, Reflector series lights put out the best power per square foot with strong red and infrared coverage, making these some of Mars Hydro’s best flower-focused grow lights.

Overview: The Cree COB Series used chip-on-board (COB) LEDs that provide more lumens per watt for better efficiency and less heat generation, but they’re only available for shipping in the United States.

These Cree COB LEDs produce the least amount of blue light among all Mars Hydro grow lights with a ton of yellow, red, and infrared emission. They’re great for flowering, though their coverage is small so you’ll need a lot of them.

The only version Mars Hydro makes is their 300W with 120W of draw power to replace a 180W HPS light.

Overview: Only available in Australia, the Mars Hydro Pro II Series has reflector cups for each individual LED and produces around 520 μmol/m²/s with 230W of draw power for the best draw power per square foot of any Mars Hydro series. That’s nearly 40W per square foot for the Pro II Epistar 120 grow light.

Mars Pro II models are better than both Mars II and Reflector grow lights for a few reasons:

Mars Hydro makes models in their Pro II series with both Epistar and Cree LEDs:

Overview: Only available in Australia and Canada, the II series is the baby brother to the Pro II and use SMD LEDs that emit the same spectrum of light as Pro II grow lights. They’re made with lesser-quality components and thus have inferior performance, less efficient cooling, and higher failure rates.

There’s little reason to get a Mars II series LED grow light when other options are available.

Overview: Only available in Canada, the ECO series is best described as beginner lights. They emit more red light than blue and are better for flowering, but they don’t have quite enough power to truly excel.

Overall, ECO lights are beginner lights that are capable of connecting via daisy chain but don’t have the blue light output for awesome vegetative growth and aren’t powerful enough for flowering with jusy 28W of draw power per square foot.

The ECO 120 is a 600W grow light with 220W of draw power to replace a 260W HPS light, but, honestly, I’d rather have the HPS light or one of the better Mars Hydro series above like the Reflector, Pro II, TS, or SP.

In addition to grow lights, Mars Hydro sells grow tents of various sizes, most of which they package with grow lights for plug-and-play grow kits.

These grow kits come with TS or SP series grow lights depending on both the size of the grow tent and which grow light configuration you prefer.

Mars Hydro is one of a handful of second-tier, less expensive grow light manufacturers that I trust to provide quality equipment and reliable customer service.

Their new TS and SP series feature some top-of-the-line components with solid PAR and draw power, and they listen to their customers as the continue to innovate in the “value LED” space.

If you’re unsure about this brand, don’t be. Hopefully the Mars Hydro reviews above have reassured you as you get set for your next purchase. 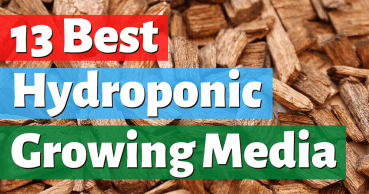 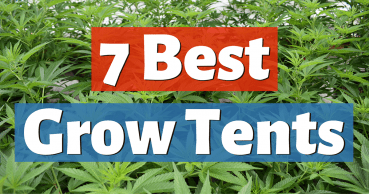 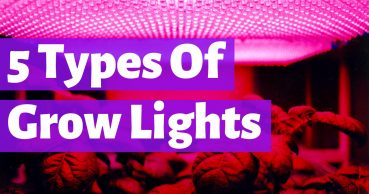 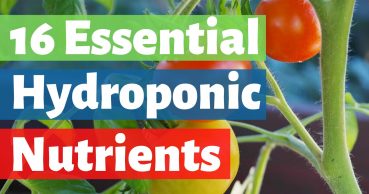